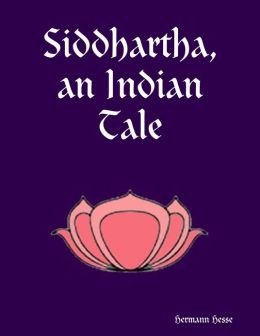 I have never read a more simpler and clearer explanation of Buddhist and core Hindu philosophy. This is it, that’s all there is to know about it.

Though the book is not hardcore about Buddhism, but about self-discovery of a boy named Siddhartha who happens to live in times of Shakyamuni Buddha (and meet him and discuss with him). It builds up very well, hidden gems shine out every now and then.

This is not a very accurate work of historical fiction, it never aimed to be so. It’s just a loosely set plot which is more internal that external. And the accuracy of the train of thoughts is awesome.

Like I said before, the story builds up and just when I thought it has peaked and touched on almost every aspect of life. Just when I think that it can’t go any further – it takes me and jumps off the cliff!

Behold! The depths you could not have expected, forsee or predict. By the end of the sotry spoiler alert when Govinda and Siddharta (two childhood friends) meet for one last time – this books jumps from being a work of fiction with hidden spiritual gems to work of spiritual fiction.

Though there are some subtle parts where author’s and translator’s western outlooks shows-up. Like translation of concept of “Shunya” as “Emptiness”, characterization of Buddha in some sort of high-class priest etc. But it manages to achieve things what many great minds in Buddhist history failed to – present the core of Buddism in it’s bare-minimum form.

I was about to call this book a crash course in Buddhism, but it isn’t. It’s won’t work without curisoity – the more desperately curious you are the better it will work. Like food tastest the best when hungry.